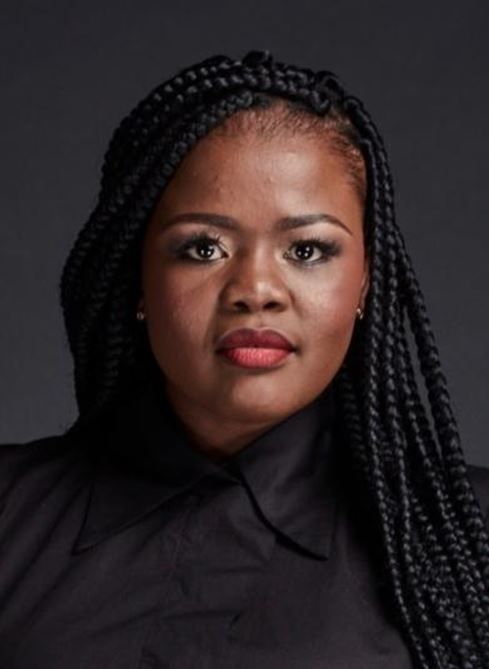 Nompumulelo Mayiyane is a strong member of the PRPT team, in addition to her training in Role Play, Real Play and Forum Theatre. She has also attended PRPT’s Masterclass on Role Play. Mpumi was also selected and sponsored by PRPT to attend the DukeCE programme: Women Leading From The Edge. She was pivotal to Performance Role Play Training’s national Industrial Theatre Roadshow on Ethics for a major national brand.  Her versatility also ensures that she is an asset when improvisation is required.

Mpume is currently gracing the world stage in the International Touring Production of Matilda, as Mrs Phelps – a role which has already won her a Best Supporting Actress Fleur du Cap nomination in her home country, South Africa. This speaker of five languages has her Bachelor of Arts Honours in Live Performance from the South African School of Motion Picture and Performance, AFDA. She has extensive experience on stage and screen and is immensely versatile as a performer.

She’s performed on international stages in over 10 countries. In 2018 she played KHWEZI in the controversial stage play “KHWEZI, say my name” in 2018 at the State Theatre. Her theatre and film credits include: Africa Umoja, Songs of Jazz Town, Too Much Punch for Judy, Rock of Ages, Mad Buddies and Oscars’ submission Little One.  Mpume has also performed in several corporate videos. Her MC’ing includes Liberty Life, Vodacom, Telkom, Black Like Me, Absa and Dstv.